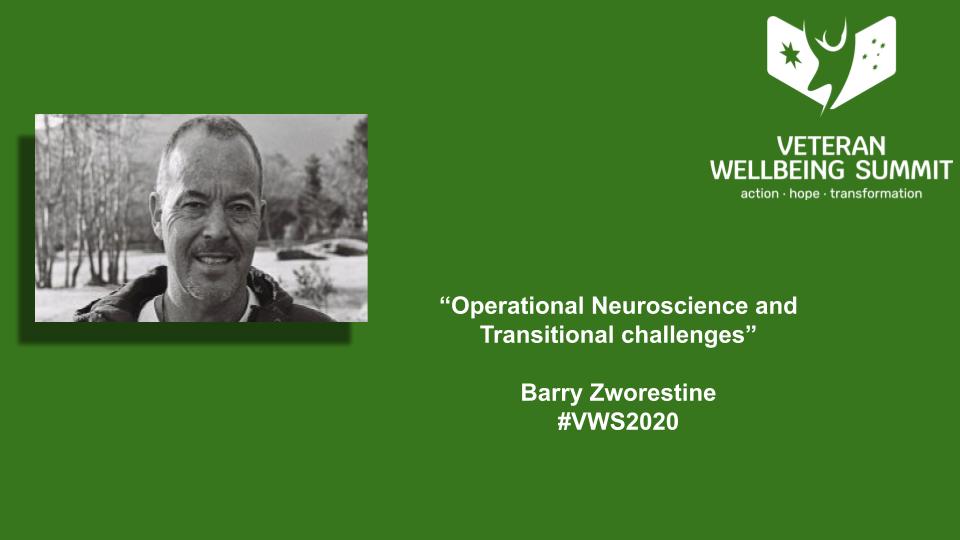 Barry Zworestine returns to  #VWS discussing what he is observing in clinical practice on Post Military Transitioning Challenges v. Post-traumatic Stress Injuries, as well as addressing the moral injury that occurs when your own organisation “abandons” you.

I’m a veteran who was born in Southern Rhodesia (in what is now Zimbabwe) in 1953. After a fairly uneventful schooling in which I focused more on sports than on academics, I went to university in South Africa, where I spent several years training in the field of education.

In 1976 I returned to Rhodesia to comply with national service requirements and was involved in the Rhodesian Bush War. On leaving the war in 1977, I spent a number of years living and working in South Africa before emigrating to Australia, where I lived for several years before settling in England for a brief period of time. After unsuccessfully attempting to mountain bike from Great Britain to Israel in 1984, I flew there instead and spent four years developing the British Council English Language Centre. While in Israel I developed a passion for marathon running, which then extended to ultra marathon running after I returned to South Africa to qualify as a clinical psychologist.

I returned to Australia in 2000, where I have remained ever since. In 2002, given my military experience and psychological qualifications, I was accepted as a contractor with a veteran organisation; I still continue with this work today. I also continue to run short distances and am passionate about music. I play the African drum, American Indian flute and the Australian didgeridoo.

You can find Barry on the web and his contact details here: https://www.barryzworestine.com/

During the webinar Barry spoke about: