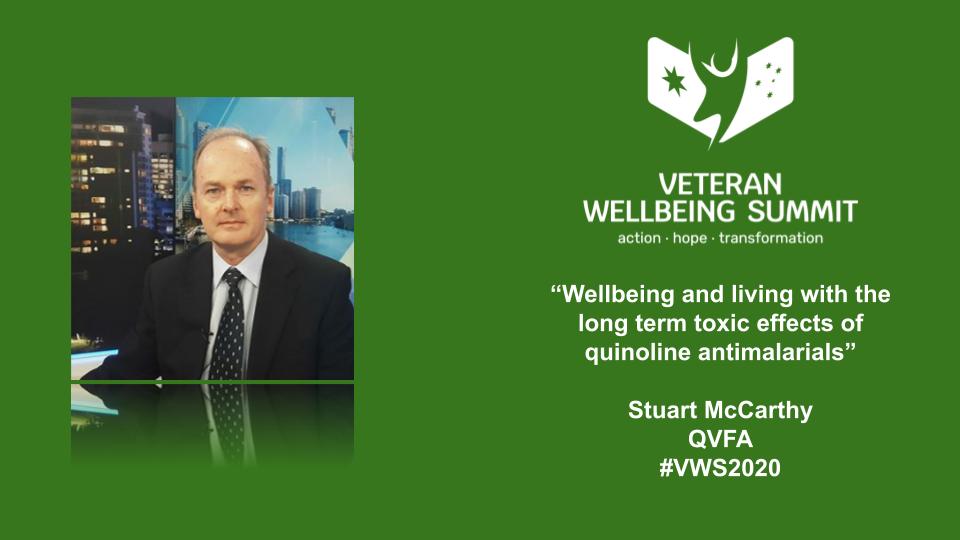 The adverse health effects of the quinolines are now well established in the medical-scientific literature. At the dosages used by the ADF, these drugs are able to concentrate at toxic levels in brain regions including the brainstem, vestibular system and limbic system, causing lasting or permanent neuronal injury. Since their exposure to the quinolines, many affected veterans have experienced chronic neuropsychiatric illnesses consistent with quinoline poisoning. Symptoms of chronic quinoline poisoning experienced by hundreds of the ADF mefloquine and tafenoquine veterans can be broadly categorised as follows:

Stuart McCarthy is a retired Australian Army officer whose 28-year career included six operational deployments. He is a veteran of the Afghanistan war, the Iraq war, peacekeeping in Eritrea and Bougainville, and disaster relief operations in Southeast Asia. He is one of the 3,000 former soldiers who were subjected to the Army Malaria Institute drug trials at the turn of the century. Since his medical retirement from the Army with a brain injury in 2017, his advocacy for injured veterans has included testifying to parliamentary inquiries, co-designing a brain injury rehabilitation program, engaging with politicians and appearances in the media.

Q and A from the webinar