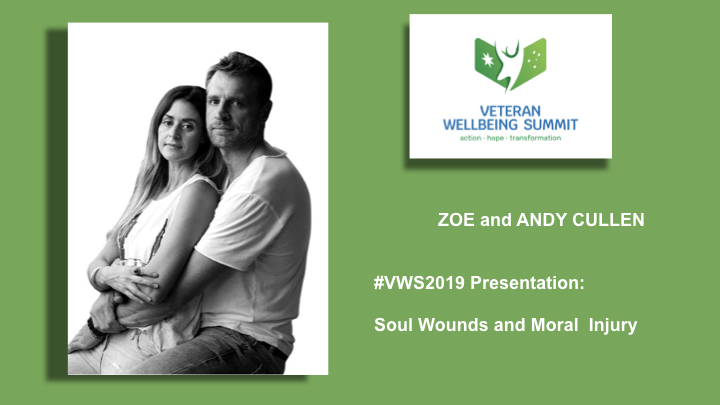 In this webinar we take a detailed look at what PTSD Resurrected does and why we do it:

More about Andy and Zoe Cullen

Zoe grew up in the tranquil hills of Byron Bay living in a mud brick home built by her parents. Zoe has a passion for life, family, travel and after university married into the Army, her own career taking a back seat to Andy’s life as a Military Officer.

Andy was diagnosed with PTSD following multiple deployments to Afghanistan. Zoe was forced into the position of sole parent of their four young children. Andy’s condition worsened while he battled with a loss of identity and purpose following his retirement from the Army.

He eventually ended up in a mental hospital falling into a dark depression that very nearly cost him his life, leaving Zoe to pick up the pieces of the broken family. Together they fought their way through the many challenges that living with PTSD brings. Andy and Zoe have a unique perspective and insight into living with PTSD and Depression and the impact this has on relationships. We seek to encourage and equip individuals and families with the tools to take back control of your life and overcome mental illness. Our goal is to provide awareness, support and a message of hope aimed at helping veterans and first responders – as well as their families suffering from or as a result of mental illness.

Andy and Zoe are published authors of Resurrected – A Story of Hope.

Andy&Zoe v1 from Mary on Vimeo.