StoryRight Empowering Veterans One Story At A Time 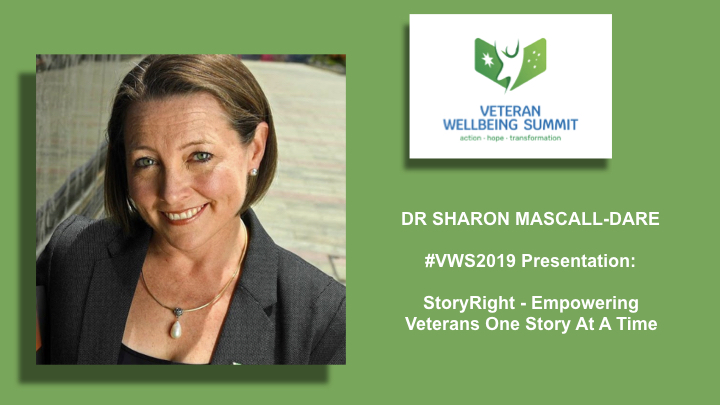 StoryRight has empowered dozens of serving and ex-serving members since its first workshop was held in early 2018. The not-for-profit program provides training in communication and presentation skills to help veterans transition successfully to civilian life: helping them to communicate their military skills with clarity and self-confidence. Founded in Adelaide, StoryRight is now expanding nationally, with a workshop in Darwin and further workshops planned for Queensland and NSW
before the end of this year.

Adjunct Associate Professor Sharon Mascall-Dare PhD is an award-winning journalist, broadcaster and author with an international reputation in her field of expertise. Sharon has been recognised with several media awards. Since 2015, she has been included on the Government of South Australia’s Women’s Honour Roll in recognition of her services to the media and journalism education. Her research interests are focussed on ethnographic journalism and journalistic ethics in the context of Anzac commemoration and coverage of veterans’ affairs. Her PhD, conferred by UniSA in 2013, is entitled ‘An Australian Story: Media and Memory in the Making of the Anzac Day.’ Sharon is a serving member of the Government of South Australia’s Veterans’ Advisory Council and a Military Public Affairs Officer in the Army Reserve, currently posted to Headquarters 9th Brigade. Her operational experience with the Australian Defence Force includes deployment to Iraq from 2016-17. Sharon is the founder and Honorary Chair of StoryRight, a not-for-profit program that supports veterans’ transition to civilian employment in partnership with UniSA. For more information visit: www.storyright.org